At Mount Mariveles, twilight lazily lingers,
And the sun descending, almost out of sight,
Into the hills and the seas beyond the hills,
Goes down hesitating, slowly,

While the night of music and mystery waits,
And the evening of colored lights wonders and waits
As lingers the indolent, twilight sun.
And the little Luneta is filled to capacity.

Crowds go there by habit as now they have gone
On ‘this long Christmas eve.
And the restless people,
The band men who play to the people there,

And the new repertoire at the stands prepared,
Impatiently await the sun sinking slowly
Behind Mariveles miles distant.
A boy-lover at a gate strains his ear for the six-o’clock bell,

At the churchyard another is reckoning time,
Looking at the minute-hand,
Grasping the rope to the belfry and bells.
Children at play stand in the glimmering dusk,

Doubting if the sun had set
Or if mother from the window had called to supper and sleep.
At the concert men look at their watches,
Women turn sideways for friends and faces familiar,

And the gallants forget to smoke
And the flirts to flutter their fans,
And all glance at the red, full-orbed sun in the west,
Loitering, lingering lazily in Bataan,

While people to the west, leagues and leagues away,
Stir from bed and peep from lattices and chinks in the walls,
Watchful of dawn. 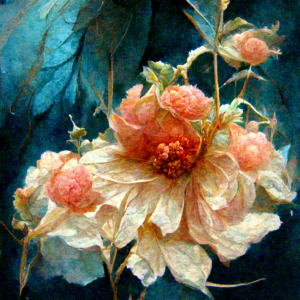 O GRIEVE NOT THAT THE ROSES 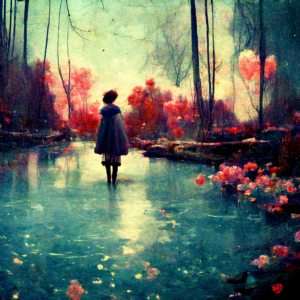 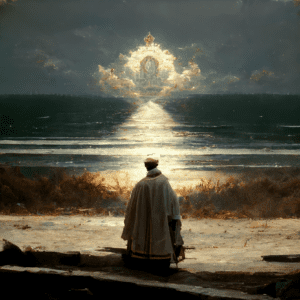 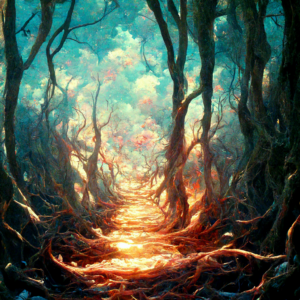 PRELUDE TO THE IMMORTAL 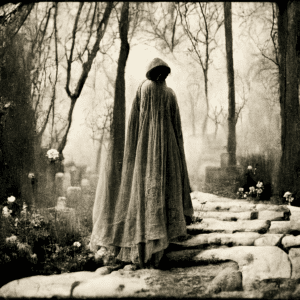 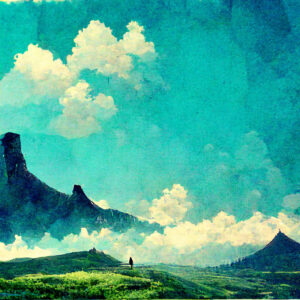 THE MOUNTAIN HEAVEN IS