“Although the chronicles of this holy province of San Gregorio in folio 338, book 2, part 2 No. 206 speak of this town: It is a tradition that it was founded in the time of our Santo Custodio Fr. Pedro Bautista (1586–1591), this only can have truth if understood to mean that in that year the conversion of the town began because in the acts (tablas capitulares) of our corporation to which we give credence, tradition does not mention Baao until the year 1656 and it was then mentioned as a barrio of Bula, containing to be mentioned as such in said acts until the year 1793, at which date Rev. Fr. Domingo de Palencia was assigned as the first curate. From some documents referring to this town which are preserved in our archives in Manila it can be inferred that it was separated from the town of Bula in civil matters quite some time before its separation in spiritual matters.”

“Originally, it was located at the bank of the lake of the same name at the site called Layoan but because the lake was very dirty, the unwholesomeness evaporation of the place made it necessary to move the town to the confluence of the Langday and Bay Rivers. This site is also marshy, and of unwholesome humidity, for which reason the town was moved again in 1731.”

“The cemetery is outside the poblacion and is very well located. The parochial convent is of good construction, rebuilt largely by the aforementioned Fr. Cabrera in 1848. To the northeast of the town, there is a barrio called Agdagnan, distant of one and one-half leagues, another called Buluang toward the northeast at a distance of one-half league and another barrio to the east. It is connected by a good road to the capital of the province and by two other roads to the towns of Iriga and Nabua.”

On pp. 308–9, he says: “The venerable Fr. Alonso Caparros, confesor, was appointed… and administered in Camarines in the towns of Libong, in 1679, Cagsawa, Quipayo, Piris, Pacolao, Camalig, Bula, Naga and again Bula, Baao, Libmanan, Camalig and Libmanan which he renounced in April 1706, dying in Naga, December 8, of the same year.”

“Fr. Jose Jesus de Maria, predicador, administered in Camarines and died in Baao where he was the curate on May 11, 1772”

“This shows that as early as 1706 or earlier, Baao was already an independent parish from Bula, or at least 87 years earlier than the date of the ecclesiastical separation of Baao from Bula mentioned by Fr. Huerta.”

The plan of families (plan de almas) of the year 1851 signed by Fr. Francisco Cabrera says about the founding of Baao:

This town was founded in 1590 under the advocacy of St. Bartholomew and has 1,207 native tributes, two and one-half tributes of sangleys and a population of 5,307.

The earliest baptism whose record has been preserved in full in the parochial archives of Baao was on September 29, 1798. The child was 10 years old, the daughter of Francisco Ludovico and Agustina de los Angeles, belonging to the barangay of Don Manuel de San Esteban. She was baptized with the name of Rafaela de San Blas, with Timotea Candelaria as the sponsor, and Fr. Pedro de la Santisima Trinidad, cura propio regular, officiating.

The earliest recorded marriage was on October 27, 1806. The entry appears in Book 1, page 40, which also contains baptismal entries. It reads as follows:

The baptismal registry of Baao is intact, except for a few pages, where moisture has splotched the ink from the year 1793 to the present time. The records were kept up during the years of the revolution and insurrection (1896–1901).

But it is strange that despite its being one of the biggest and surely, one of the oldest families in Baao, no entry of the Barrameda family appears until the year 1852. In that year appear the first Barrameda names on record: Inocencia Barrameda, baptized January 5, daughter of Pedro Barrameda; and Manuel Barrameda Gumabao baptized on January 11, son of Mariano Barrameda Gumabao.

Other early Barrameda baptisms are:

Still other entries are the following children of Mateo Barrameda Gumabao and Juana Bismonte Evangelista:

Why is it that as late as 1851 there is not a single baptismal entry carrying the Barrameda surname either among the baptized or among the baptismal sponsors? This is surprising because the Barrameda family of Ngayo, Anas, Amorao, Dugo, and the at least two other branches (Barlin and Bersabal), is not only the biggest family in Baao, but also, if only on this account, one of the oldest. The direct and collateral lines of the Barrameda family touch almost every other Baao family, including the nearly one hundred big families of which I have made a preliminary study, so that almost every Baaoeño is related to the Barrameda family, either by consanguinity or affinity.

The only plausible reason for the late appearance of the Barramedas in the church records appears to be that they used different surnames or names or none at all before the year 1852, beginning to use this name only some time after the decree of Governor Narciso Claveria of November 11, 1849, ordering the giving of Spanish surnames to all Filipino families.

The letter “B” was assigned to Baao which explains why most Baao surnames begin with this letter, such as,

What surnames the Barramedas used before the time of Governor Claveria is a matter of conjecture. The nicknames by which they were identified in those days and to the present time, namely Ngayo, Amorao, Anas, Dugo and others, do not seem to give the clue to the answers, because these names also do not appear in the church record of the town prior to 1852.

Under the sponsorship of the municipal council and fiesta executive committee we publish every year in the Baao fiesta program-souvenir the family tree of one or two Baao families, covering a span of from five to seven generations. The aim is to stress the essential unity of the Baao community and refresh and clarify the minds of the inhabitants on their blood and flesh relations, as well as their ties of affinity. For this project we use as references the parish archives, on one hand, and, on the other hand, our grandparents, great uncles and great aunts, etc., who were then or are still with us, from whom we should have had or have the interest and patience to ask questions before it is too late about the ancestry and lineage of the generation that have preceded us in the drama of existence.

Last year, the fiesta program souvenir published the family tree of Benito Ymperial, one of whose grandsons was Mons. Jorge Barlin, first Bicolano and first Filipino bishop. The Barlin branch is one of at least five branches of the Imperial family, the others known being the Imperial Esplana Sanchez-Arroyo-Barrameda, Imperial (Singalong), Imperial Fajardo, and the Imperial branch of Albay. How they are related to each other has not yet been satisfactorily established and in what degree of consanguinity.

In the 1960 fiesta program appeared the family tree of one branch of the Esplana family, Baao’s second biggest family, after the Barramedas. It has at least three ramifications: those descended from (1) Carlos Esplana and Vicente Barrameda; (2) Juan Agustin Esplana and Ambrosia Imperial; and (3) a third branch an early ancestor of which could be the Anselmo Esplana appearing in the parish archives.

The 1957, 1958 and 1959 fiesta programs contained the family trees of the Imperial, Guevara, etc. and three branches of the Barrameda families. 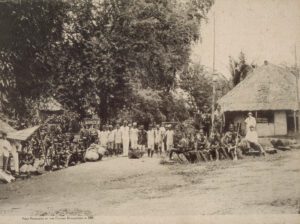 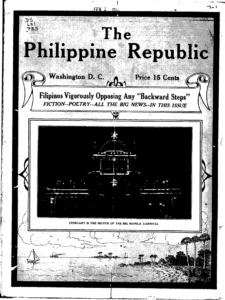 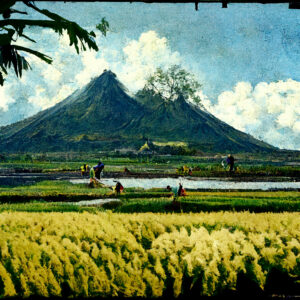 The Imperials of Baao Camarines Sur 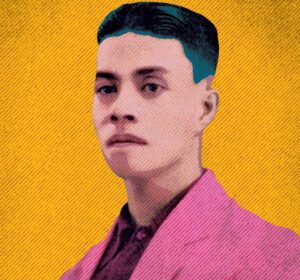 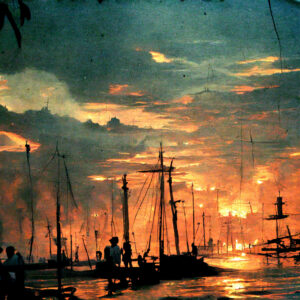