Belief in God, of all creation Lord,
Whence life, the cosmos issued from God’s word
Is instinct, innate in the heard and mind;
The oldest, most deep-rooted we can find;
In it consists man’s conscience and his soul,
Defines for him his destiny, his goal.
(The Father, Holy Spirit and the Son
Are Persons Three, but God is only one.)
Belief in God, it is belief in Christ
From Mary’s womb immaculate uprist,
Herself without a mortal taint conceived,
High a millennium this we have believed.
That men from sin a Christ-God shall redeem
Is creed of the Apostles, prophets’ dream
Of a Messiah that from Nazareth
Would live as man to rescue man from death —
‘Twas written He would dwell with us, God-sent,
God’s pardon for our sins the instrument.

Belief in God belief is in His church
For whose Apostles He made diligent search
O’er land and sea and in the souls of men,
The test? Not pedigrees, pretensions vain,
Nor pride nor wisdom, but humility;
“Leave ye the world’s goods who would follow me.”
They came from the rustic homes, from fisher folk,
They best would bear on earth His Father’s yoke,
No moneyed follower, no Pharisee —
Their greeds and lusts, their veiled hyprocrisy
Would be in Heaven’s gate too high a bar;
Engrossed with dross, they would not follow far
In the emprise to wage to make men pure,
And by repentance Heaven’s grace secure.
But James, his brother, and all the twelve He took,
And His church built on them as on a rock.

Belief in God and in the ways of God,
Why on the it bears no heavy load?
And why, that reason, spite of its disdain
For fallacy and superstition vain,
Its flair for disputation could beguile,
With the Apostles’ creed could reconcile?
Because man’s reason and his faith, both pure
See through phenomena truths that endure —
The cosmos he beholds, each sun and star
Whose splendor mystifies afar:
Who made then? and their motion who governs
As in their orbits they precise make turns,
Moving in no one know what depths of space,
But God, the Source of infinite power and grace?

And man himself, he’s born, the light of skies
He sees in his terrestrial Paradise,
His life itself most wondrous miracle —
Whence it, and whither, who will tell?
Perforce of logic recognize he must
That life immortal cannot come from dust,
Save some immortal power gave it birth
And breath on man as well immortal earth.

And then man dies — can we believe that when
He disappears beyond the living ken,
Man is dissolved forever with the clay?
With which God formed him in the primal day?
And, like some lower beast and animal,
Naught shall survive him when death sees him fall?
If only in self-righteous, self-defense,
Man’s immortality of soul makes sense,
And at death’s door the thought shall him console
And his loved ones, that deathless is the soul,
That death can dim his eye and end his day,
But God in him death cannot take away.

Immortal church of Christ, immortal God,
Who gave to mean the earth as his abode,
Who made earth center of his cosmic plan,
And o’er it made a lord of mortal plan,
Though we sojourn, live, love for but a while,
Though it be vale of tears, and life exile,
Thanks for the earth, the life You gave as boon,
And though death comes to all, now late, now soon,
It holds no terrors, it will only bring
Us to Your mansions, God, our Lord, our King.
The mysteries of faith, fifteen in all,
More properly we should not mysteries call,
They are events in Jesus’ life and death
Which do not ask from us and an act of faith —
Except the glorious ones, for only here
May Reason waver if faith be not near,
Excepting also the Immaculate birth
Of Mary, Jesus — these, too, faith calls forth.

Our faith has other mysteries great or greater
That had transpired long, long before or later
The the Lord’s coming — these the Apostles’ creed
Mentions in part, the others gives no heed;
The mystery of creation, God’s descent
To hell where burn damned souls, impenitent,
And Judgment Day and the immortal soul,
The saint’s communion — these mentions all,
And life itself, unfathomed mystery
To hold in awe, that through eternity,
Through birth and yet death, the human race
Lives everlasting by unknowable grace.
But Love, life-giving, death-defying love,
Caused by none other but some Power above,
And Cupid (how explain his bow and arrow,
Its supreme gifts of ecstasy and sorrow?)
The creed omits, and why some final day
Man dies, dissolved in his primordial clay. 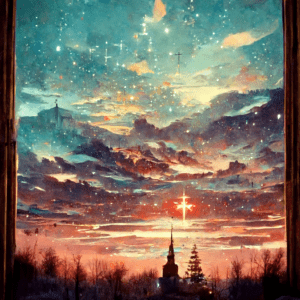 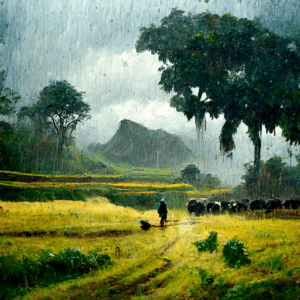 LIFE IN THE BARRIO (Irayang Solong) 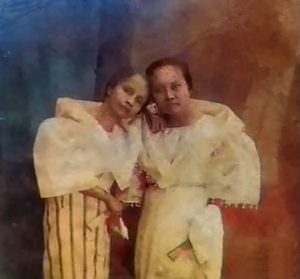 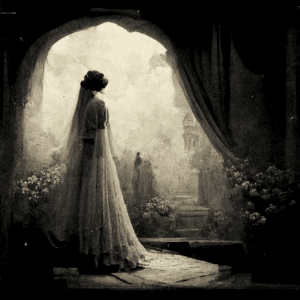 TO A LOST ONE 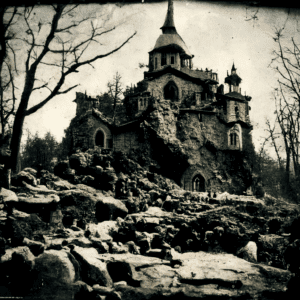 THE LAYMEN AND THE CHURCH 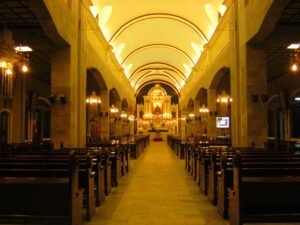